Look who I discovered hiding behind my house this spring! This escapee was most likely introduced into New England as a horticultural plant and has now become a naturalized flower of Southern Appalachia. In the six years I have lived here, nestled against the Pisgah National Forest, I have only seen it flowering twice clustered beneath a wild apple tree, next to a wild rose and untended, overgrown butterfly bush.

The first time was the morning after my son had arrived at my house in post-traumatic shock. He had driven 2 days straight in his motorhome after the violent death of a close friend and was clearly in shock. As I stood in front of his motorhome that morning while he slept making prayers for his healing, I gazed up the hillside in contemplation and spied a cluster of tiny white flowers on the embankment that beckoned me.

At first I didn’t know what they were. They seemed familiar and I felt certain it was some kind of medicine. My trusted field guide confirmed the lily like structure was indeed, Star of Bethlehem, Ornithogalum umbellatum, used as a flower essence for shock, grief and trauma. It was no accident that they had shown up at this time in my son’s hour of need. Our medicine is as close as we are right now.

The flower essence remedy of Star of Bethlehem had been one of my allies many years ago when I used it as a practicing midwife for mother and baby following a traumatic birth. This was the first time, however, that I had seen it growing naturally in the wild. It is a beautiful delicate flower whose name is based on its star shaped flowers after the Star of Bethlehem that appeared in the biblical account of the birth of Jesus. It is one of the most commonly used flower essences for post-traumatic stress, trauma, grief and depressed states. It is also one of five essences that make up Rescue Remedy designed for use in situations of acute stress and an essential part of any holistic medicine cabinet.

While Autumn is generally a time when feelings of loss, sadness and grief are expressing, there is a reason why Star of Bethlehem comes to us in the spring. When the naturally descending energies of Fall move into the frozen state of Winter and one remains stuck in this state or is not able to come out of the stagnancy of winter into the rising energies of Spring, this flower essence may support depressive feelings that are an indicator of where a person is experiencing some type of imbalance or disharmony which needs addressed. Dr. Edward Bach referred to Star of Bethlehem as “the comforter and soother of pain and sorrows.” This essence can help soothe our imbalances like beautiful music that brings in vibrations that harmonize our whole being.

The three most foundational elements of grief are loss, longing and feeling lost. We live in a culture that encourages us to deny our grief and to continue functioning in spite of the fact that we may be suffering from PTSD. We fear the darkness grief and loss bring and a flower essence like Star of Bethlehem is a light in the darkness that can awaken the personality, which has withdrawn due to pain and sorrow, and lead us back to our Higher Self. It re-establishes an energetic link so that residual trauma can dissolve and allow energy, vitality, mental clarity and inner strength to return. 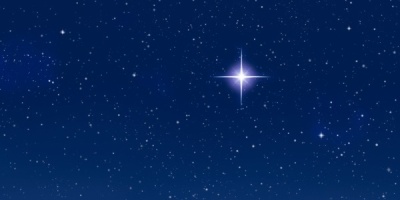 This being the second time I have seen Star of Bethlehem flowering behind my house, and knowing that our medicine is as close as we are right now, I had to ask myself, “Why is this showing up for me now?” The answer isn’t a mystery. I had been seeing a trauma specialist for several months for PTSD. I knew I had been suffering with it, but it was my daughter whose observations led her to recommend that I work with a specialist. Even though I had known about Star of Bethlehem after the incident with my son I had never employed it for myself. Sometimes we need the extra support of a therapist or health practitioner in combination with an herbal remedy. It is no accident that this medicine has shown up for me at this time, just as it had for my son, in our hour of need. Perhaps it is showing up for you now, too.